There is an event that has become one of the annual events not to be missed.
We are talking about Rally Italia Sardegna, one of the most awaited road racings which renews every year.

2020 has been a truly difficult year, with a lot of uncertainties and insecurities related to the covid-19 pandemic’s situation. This is an event that gathers not only enthusiasts, but also curious onlookers and people from all over Europe. That’s to say Rally Italia Sardegna has been strongly affected by pandemic.

The previous edition took place from 8th to 11th October 2020, behind closed doors and after being postponed various times.
Enthusiasts had the chance to follow the rally competition thanks to National and International media and television networks…but unfortunately without the emotion of follow it live!

This year Rally Italia Sardegna 2021 will take place according to tradition the first weekend of June: from 3rd to 6th June 2021.

We have not yet certain information on how 18th edition will take place, but we know for sure it will have nothing to envy to previous ones!
It is in fact rich in contents, taking the best from previous editions and introducing important news!

As for previous editions, the race will entirely take place in the north of the island. It will follow three legs of gravel roads, for a total of 305,52 timed kilometres.

The race includes a total of 20 special stages starting from Olbia and, most importantly, the return of the WRC in Gallura region.
Alghero, which had hosted the event for the past seven years, this year will host the ceremonial start only.

It starts on Thursday 3 June with the shakedown in Loiri, south of Olbia, and ceremonial start in the evening in Alghero.

The first stage will take place on Friday 4 June and includes 128.16 timed km. The four stages, repeated twice, will take place between Monte Acuto and Alta Gallura (Tempio and Tula).
Saturday 5th June the second stage: four special stages repeated twice, with another 132.28 timed km. The itinerary will include Monte Acuto, Castelsardo and Bortigiadas, the new special stage in Gallura.
Finally, last stage on Sunday 6 June: two special stages for a total of 44.88 timed km.
The final step includes two new special stages, such as Braniatogghiu, who returns after a ten-year absence, and Rena Majore, which will host the final Power Stage of the race.

A program really full of emotions and, for sure, also full of surprises!

A whole new route, with the return of old stages but also interesting new features, which will surely not fail to excite and amaze us!

Waiting for further communications from official channels to not miss a stage of the race, we just have to be patient and stay updated!

This site uses Akismet to reduce spam. Learn how your comment data is processed.

Advance Search is already enabled in the header.

Characteristic house for sale in Sedini, just 10 minutes from Castelsardo and Valledoria.

Beautiful, one of a kind house located in the middle…

Stunning house for sale in Sardinia, situated in a hilly…

The Vespa and the Bandit, on the footsteps of the famous bandit better know as “Il Muto di Gallura” 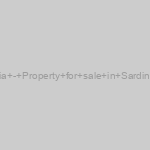