The Vespa and the Bandit, on the footsteps of the famous bandit better know as “Il Muto di Gallura”

The Vespa and the Bandit

On the footsteps of Bastiano Tansu, the famous bandit better known as “Il Muto di Gallura”

A title recalling “Smokey and the Bandit” to tell about the experience I lived on my old Vespa Special, on the footsteps of “il Muto di Gallura”.

Together with a group of enthusiasts friends, we dedicate one of our weekly Vespa tours to the history of “Il Muto di Gallura”. With a distant relative of Vasa’s family leading on us as a narrator, we set off to discover a piece of Sardinian history aboard our Vespas.

That year, I was especially expecting nice weather. Winter had been quite long and rainy and I was looking forward to finally hop back on top of my yellow friend!
We decided to organize the first seasonal tour for early June.
The meeting point was settled early in the morning, in Valledoria. Although we were in Sardinia, the first days of June, the weather was quite cold.
Without even the slightest intention in postponing the tour, we set off on the roads after having a good espresso.
We headed east towards Santa Teresa di Gallura, in a series of hairpin turns that overlook the Asinara Gulf.

Tonino, our guide during the tour that we later named “Muto di Gallura Tour”, joined us along the way.
On the way to Lu Colbu, near the junction of Costa Paradiso, we had some problems with a friend’s Vespa. We quickly solved it and, after a stop for a well deserved beer, we reached San Giovanni Battista’s Church.
We took some pictures before continuing along a country road, in the direction of what was once one of the shelters of the Muto di Gallura.

In the story we are going to tell about, there are two families involved: the Vasa and Mamia’s family. Between these two families was born a feud that later become quite famous.

We soon found ourselves in front of Santa Maria di Vignola’s Church, a stone’s throw from Mamia’s owned lands.
In this area was celebrated the so-called “Abbrazzu” (engagement) between Pietro Vasa, the cousin of Muto di Gallura, and Mariangela Mamia, daughter of the family that later became a rival.

The story tells about a party at the stazzo “Gjunchizza”, during which Mariangela and Pietro exchanged their first kiss in public. On the same occasion, Pietro gave her a silk handkerchief and a ring as a promise of eternal love.

Pietro soon broke the promise when he pronounced strong words in response to Mariangela’s father’s one request. At the request to stop the misdeeds towards Pileri’s Family, Pietro replied : “The love I feel for your daughter is strong, but the hatred I feel for Pileri’s family is stronger”. These words became quite famous and, together with the ambush in which Pietro got seriously injured, originated the blood feud.

The story intrigued us and we left for the next stop, on a road with an enchanting scenery: Li Colti.

Li Colti is the place where Bastiano Tansu, the famous hitman main character of the book, was born in 1827. Bastiano was deaf and dumb from birth, which is why he was called “Il Muto” (The Mute).
Lot of the murders described in the book took place right in the area of Li Colti.

On the footsteps of “Il Muto”

The day we visited Li Colti there was the celebration called “ Festa della tosatura” ( sheep shearing festival).
After a visit of St. Antonio’s church and a taste of good wine offered by the organizers, we left again aboard of our (almost) always reliable Vespa.

We reached San Michele’s church and “Stazzu Suelzu”, one of the biggest and better-preserved “Stazzu” of the area.

The last stop of our tour took us to the panoramic viewpoint of the Moon Valley. Located at the border between Trinità d’Agultu and Aggius, it’s the best place where you can admire the whole Valley.
We had a good beer and took the last pictures before heading back to Viddalba.

We could have continued the tour to L’Avru and Giagazzu, locations at the centre of the life of “Il Muto di Gallura”.
He lived in these places during the time he was hiding from Pes family. He also had a love affair with Francesca Pes, better known as Gavina.

After more than 100 km riding and a last stop in Viddalba, we parked our Vespa in the garage.
We were happy and satisfied of our “Muto di Gallura Tour”.
An exciting day discovering mystery, truth and legend, in one of the most beautiful and interesting areas of Sardinia.

The tour can be adapted to all tastes. In fact, we included a nice and relaxing lunch break in a local restaurant (“agriturismo”).

The road of “La Multa” that leads to the beautiful beach of “Cala Sarraina” is definitely fascinating if you travel on a Vespa, at 30 km/h. It runs along huge hedges of myrtle that, during blossom’s season, offers a fragrant scent hard to forget.

The book “Il Muto di Gallura”, published at the end of the 19th century by Enrico Costa, is surely one of the most popular books in Sardinia. It tells about the story of one of the most terrible family feuds in Sardinia. The facts reported in the book are partly the result of folk tales, but most of them actually happened.

The events narrated take place between 1849 and 1856, in the territory once under the jurisdiction of Aggius, small and charming village in Northern Sardinia.
Those are the years when over 70 people were killed in several ambushes.

If you liked our story and would like to learn more, we recommend the ebook version of the original book.
Alternatively, you can search more information with an online research!

This site uses Akismet to reduce spam. Learn how your comment data is processed.

Advance Search is already enabled in the header.

Characteristic house for sale in Sedini, just 10 minutes from Castelsardo and Valledoria.

Beautiful, one of a kind house located in the middle…

Stunning house for sale in Sardinia, situated in a hilly…

Buying guide: how to purchase a property in Italy 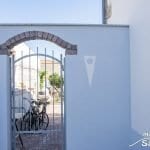 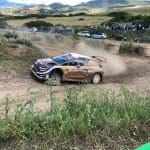 Rally Italia Sardegna 2021: the return of World Rally Championship in Gallura
Real Estate in Sardinia – Property for sale in Sardinia – Move to Sardinia